Big Night Out! 2017: An Evening of Celebration and Reflection

Big Night Out! 2017: An Evening of Celebration and Reflection

By Michèle Solá, Director
Wednesday, May 3, 2017
From the Directors

More than 400 guests gathered at Big Night Out! this past Saturday to celebrate Manhattan Country School’s 50th anniversary and to raise funds critical for supporting sliding-scale tuition. The room was filled with current parents, faculty and staff, alumni families and friends who came out for MCS, for honoree Ta-Nehisi Coates, and for what many agree is “a meaningful acknowledgment of a truly diverse and important institution.” Through the generosity of our community, we surpassed our $50,000 Fund-A-Need goal and raised more than $230,000 overall—the most for a Big Night Out! event yet.

As I recalled in my opening remarks, conferring the Living the Dream Mentor Award has been a part of MCS fundraisers for a long time. Previous honorees include John Lewis, Ruby Bridges, Harry Belafonte, Majora Carter, Robert Reich and Cecile Richards. In recent years, they’ve been paired with MCS alumni who prove the value of profound engagement with democracy through their ability to fully embrace new contexts and make them more reflective of values they know first-hand. This year, alumni were present throughout the program.

Musical highlights included a cocktail-hour performance by Nick Colt ’82, and a Billy Taylor composition, “I Wish I Knew How It Would Feel to Be Free,” by Alicia Hall Moran (Jonas ’22 and Malcolm ’22) and Marika Hughes ’85. The evening concluded with a lively dance set with DJ Stretch Armstrong (Adrian Bartos ’83).

Earlier this year, both played a significant role in challenging the new administration’s travel ban. Daniel remarked: “Working for one of the organizations that led the charge in the streets both at JFK and at Battery Park…it was a moment of alumni pride to know that a fellow MCS alum was tackling racism and intolerance in the courthouse while we were out in the streets.”

Ta-Nehisi’s remarks addressing sliding-scale tuition as the foundation of diversity and racial equity resonated with those in attendance. In a 2012 New York Times column, “School as Wonder, or Way Out” he wrote, “Last month, my 11-year-old son completed his first year at Manhattan Country School without cataclysmic incident. My wife and I…were attracted to the school’s diversity of race and income, and even more attracted to the sliding scale for tuition, for reasons both societally broad and personally austere…. For him education has been not just the shield, but the sword.”

Five years later, Ta-Nehisi reflected that there were other attractions, too: teachers that so obviously encourage a child’s imagination and a community where his son would be safe. His closing remarks brought the experience full circle. “It don’t get no better than this,” he declared. “I often thought when I was at MCS how different my life would have been, how enriched my life would have been, if I had gone to a school where my imagination was rewarded and where I was protected…. MCS is an original thing and it must be supported. It’s up to us.”

Board Chair Michael Patterson’s announcement of the public launch of Expanding Purpose: The Campaign for the Future of Manhattan Country School was met with thunderous applause. With this five-year comprehensive capital campaign, the board aims to raise $15 million. Even more impressive to some of our major supporters of sliding-scale tuition was seeing the Campaign Council that is leading the effort, and the news that we have already raised $5 million.

The following are among many notes of congratulations I’ve received following Big Night Out!:

Thank you to all of Big Night Out!’s generous underwriters and donors, and those who contributed auction items and experiences. The dedicated efforts of MCS’ Advancement Team, the leadership of the Big Night Out! committee and the hard work of a host of volunteers came together to make the event a success. It is a stellar example of what can be accomplished when we come together as a community. 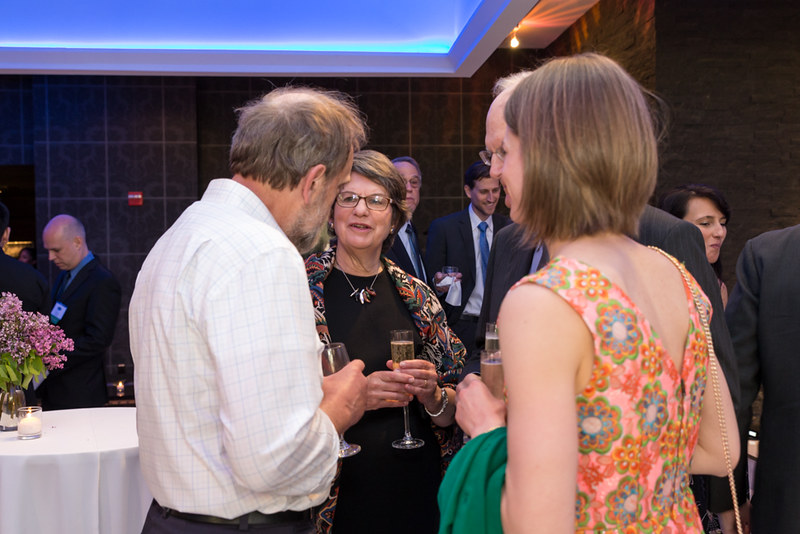 For those who weren’t able to join us on Saturday, I invite you to read the event program book and view images and videos from the evening. I hope to see you at our next Big Night Out! celebration.